Industrial radiographic testing is an inspection technique based on the exposure to high energy ionizing radiation of radiographic films. The radiation is produced either by industrial grade high energy portable X-ray devices or γ-ray sources such as Ir 192, or Se 75.

The material to be inspected is placed between the source and the film. Following exposure to radiation, the film is then processed and then viewed on an illuminated screen for visual interpretation of the image. Radiography gives a permanent record (the exposed film), which is a major advantage of the method and is widely used to detect volumetric flaws (surface and internal).

X-Ray devices range from about 20kV to 20MV (the higher the voltage the greater the penetrating power of the radiation and the greater the thickness of component that can be tested). They are inherently safe unless operated.

Gamma radiography is carried out using radioactive isotope sources (e.g. lridium-192) and its sensitivity is generally less than that achievable by X-ray radiography. It is widely used for fieldwork because of its greater portability. γ-ray sources are contained in heavily shielded containers called projectors that contain depleted uranium in their shielding to bring emission levels to background levels.

Since strong ionizing radiation is used all national and international legislation related to the use, transportation of radioactive sources is followed and as such special conditions on the use of the method apply. 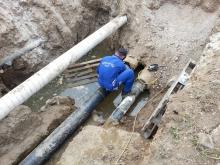 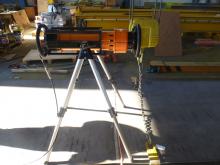 How can we help you

for any questions please feel free to contact us.